This Is WAR: Vegan VS Omnivore 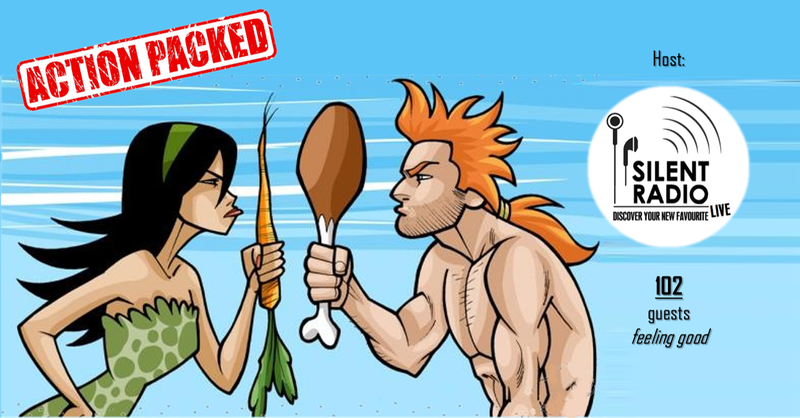 In this JUICY episode on Silent Radio LIVE, watch the drama unfolds as THIS IS WAR (TIW) comes on board with 2 prominent speakers who will wage war against each other as they debate over the proposition:

' Veganism is what the world needs now '

The Vegan-versus-Omnivore argument is often high on emotions and irritation and low on evidence and facts. Vegans walk in locked and loaded with arguments about ethics (or the lack thereof), sustainability, and environmental hazards that come with animal agriculture, while omnivores pose the “but where do you get your protein?” and “how will you build muscle mass?” questions. Does choosing a specific diet make anyone a better person?

Often be a superiority competition disguised as a rational debate, where do you weigh in on the Vegan debate?

So grab your popcorn and join in the rest of the drama queens in this 60 minutes LIVE Debate Radio-show delivered through our Private Silent Radio LIVE-Conference for just $4. (WHAT?!) and..

Compliment your drama on an indulgent note with our free-flow selection of Vegan BBQ and iced Japanese green tea at $4.

TIW(This Is War) is a fun and non-discriminatory community offering the widest range of styles of any debate. You are welcome to meet serious debaters from all over the world who engage on limitless topics, including topics which are constantly frowned upon or considered taboo.

Good riddance to lengthy seminars where you’re forced to agree with that one guy speaking all because 80% of the community there are the ‘YES' men.

Here at TIW, boundaries are constantly being pushed in terms of what a debate platform can be, with more innovations forthcoming.

Audience are encouraged to ‘have a go’ at judging with every opportunity for their voices to be heard, for all to seek a deeper understanding of the world.

We promise high quality debates, short but powerful, a show second to none, solely produced and built with you in mind.

- A pair of 3.5mm jack earphones for your Private LIVE

( Entry level noise-cancellation earphones are available for purchase at $4.)

- A beach/ picnic mat to sit on, or you could also use your yoga mat if you're partaking in Beach Sunset SILENT Yoga, 6:20pm ($4)