★ 🅸🅼🅿🅾🆁🆃🅰🅽🆃 ★ : Kindly note that 4FUN requires all participants to register as a member to part take in all 4FUN's experiences. While we do not put a rule on ticket orders, please remember to sign yourself up after your purchase if you are not a member yet. Non-members shall be refused admittance at the door and all payments made are non-refundable. (Membership subscription: $4 per month, no annual contract, cancel anytime.) 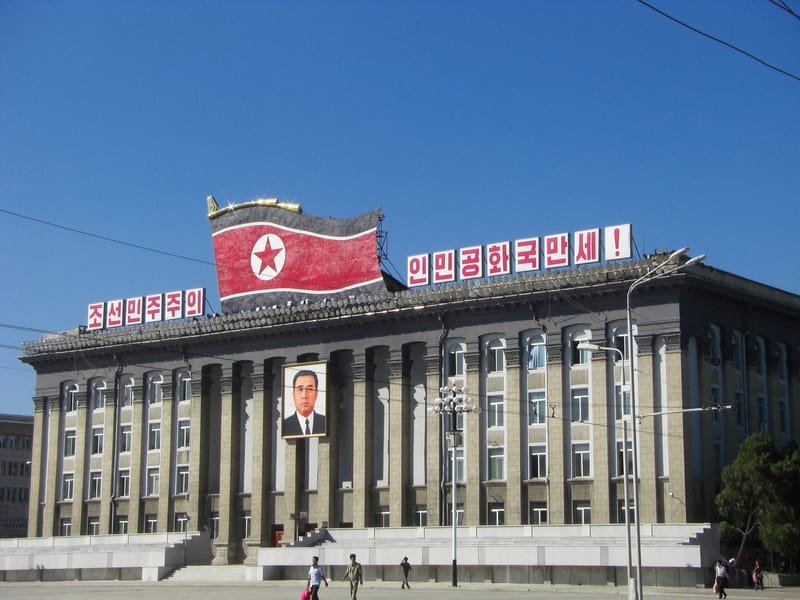 While headlines across the world focus on nuclear proliferation and human rights in North Korea, a team of daredevils ventured out of their safe space and brought the Ice Bucket Challenge to DPRK. Whether or not it helped to cool off (pun intended) the saber-rattling , what they’ve accomplished is nothing short of remarkable.

Depicted as brainwashed "mindless automations" by the rest of the world, no one views North Koreans as people who could make choices about their future, Singapore-based CEO of Choson Exchange Geoffrey See explains in his 2013 TEDx talk.

And if North Korea is an unlikely tourist destination, it is an even more improbable place for outsider to do business. So what made See and his team considered this risky venture into the 'Rogue State' a decade ago?

For 9 years now, See and his team has sponsored more than fifty exchange programs, sending hundreds of business savvy volunteers to the North Korean capital of Pyongyang, to train and guide thousands of the burgeoning ranks of North Korean entrepreneurs through workshops, internships, mentorships and scholarships inside and outside of the DPRK.

Got questions? We do too!
Are male students in North Korea required to get the Kim Jong Un haircut?
Did they really claim to have found proof of the existence of unicorns?
Was Kim Chol executed by mortar shell or fed alive to 120 hungry dogs?

Definitely getting there when you join us for this fascinating & topical no-holds barred talk with the team from Choson Exchange, founded in 2009 by Geoffrey See as they shed some light on what North Korea really is, and what the day to day life is like for someone that lives there.